The first widespread accumulating snow event of several inches for the winter season occurred on New Year’s Day of 2022.

Presented below are some insights about the weather event and a quick look at the week ahead — which includes dangerous cold on Thursday.

4 Insights From The National Weather Service

Digging beyond a map of snowfall totals, there were heavier snow rates at times, blowing snow, and impacts to travel, all of these most persistent in far northern Illinois.

They were less so along/south of I-88 where conditions were not necessarily always in-sync.

There are many spectrums of snowfall dependent on flake size and intensity, and both of those were more variable over a large part of our area to get snow totals on the higher end of the forecast range.

NWS forecasters know that forecast specific amounts can be difficult and not always telling. That’s why they message ranges and often only closer to an event. 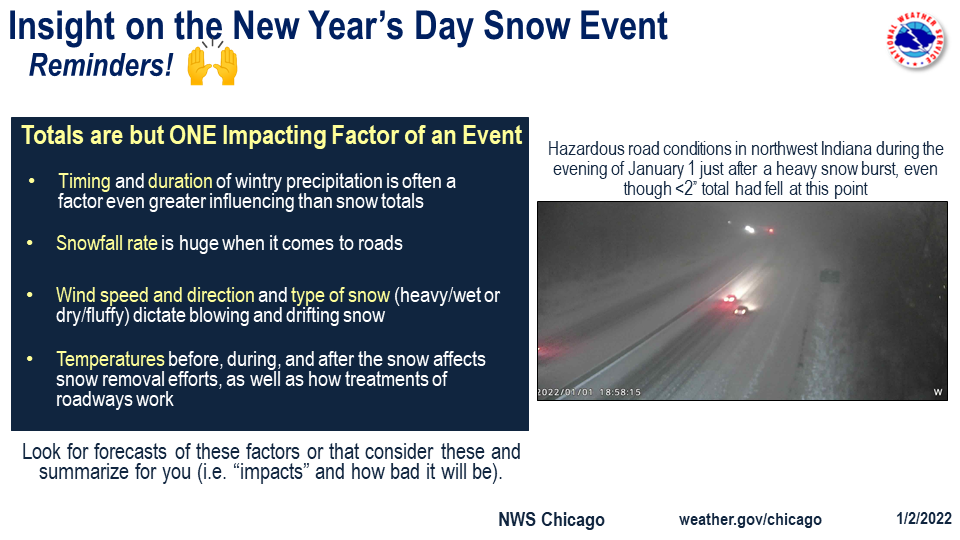 While snow totals tend to be focused on by many with winter events, there is much that influences how it will impact society. Those listed on the final image are key to keep in mind ahead of and during events.