According to a city of Elgin news release, two projects on North McLean Boulevard and another project on Kimball Street will require detours.

City officials are asking drivers to find alternative routes and avoid delays in the coming weeks. 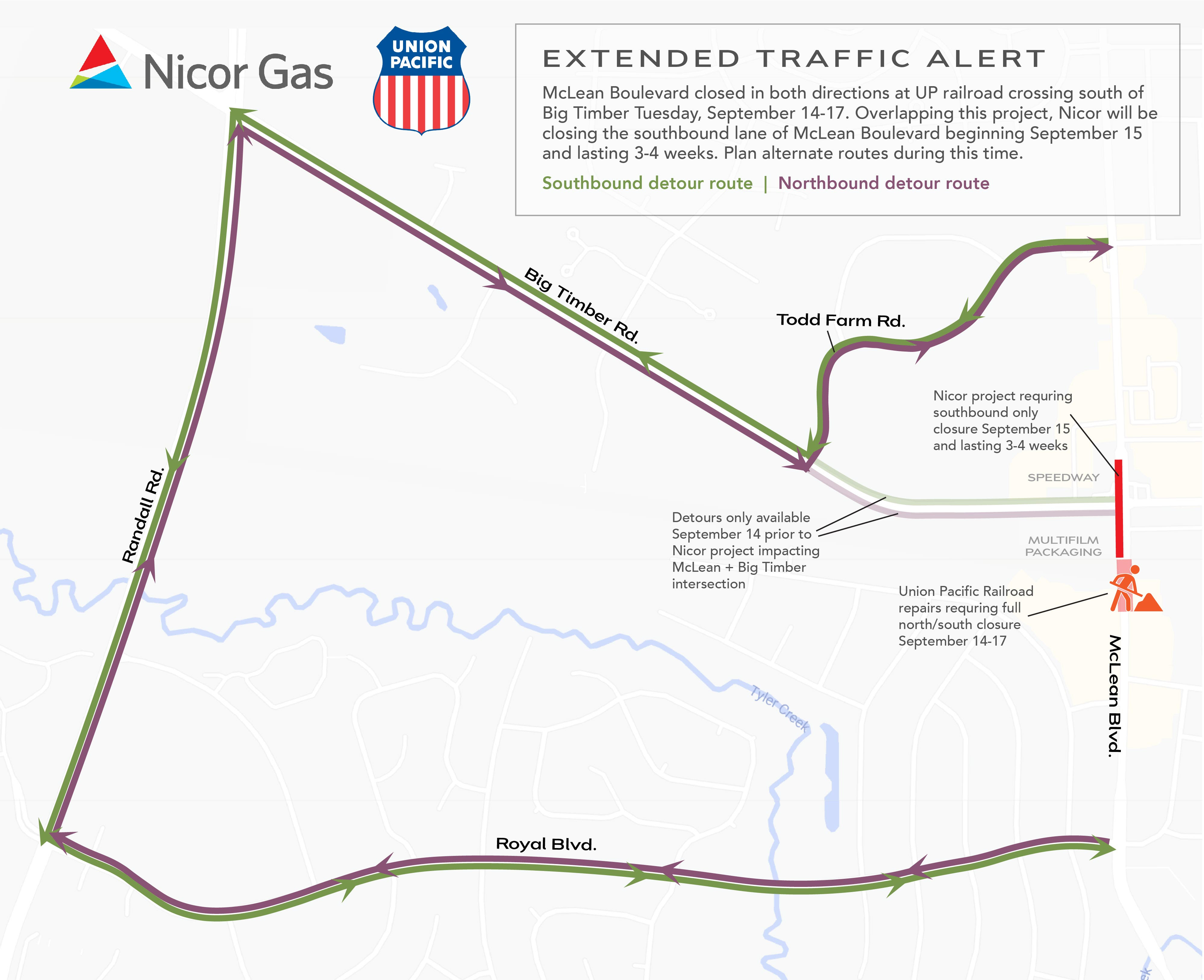 From 8 a.m. today (Tuesday, Sept. 14) through 5 p.m. Friday, Sept. 17, at the latest, Union Pacific will make repairs to the track crossing on North McLean Boulevard.

Immediately following and overlapping the UP project, from 8 a.m. Wednesday, Sept. 15, and lasting up to one month, Nicor will perform directional boring from just north of Speedway under Big Timber Road to just south of the Metra tracks, adjacent to Multifilm.

Southbound lanes will remain closed for the extent of this project, and alternate routes avoiding the Big Timber/McLean intersection should planned. 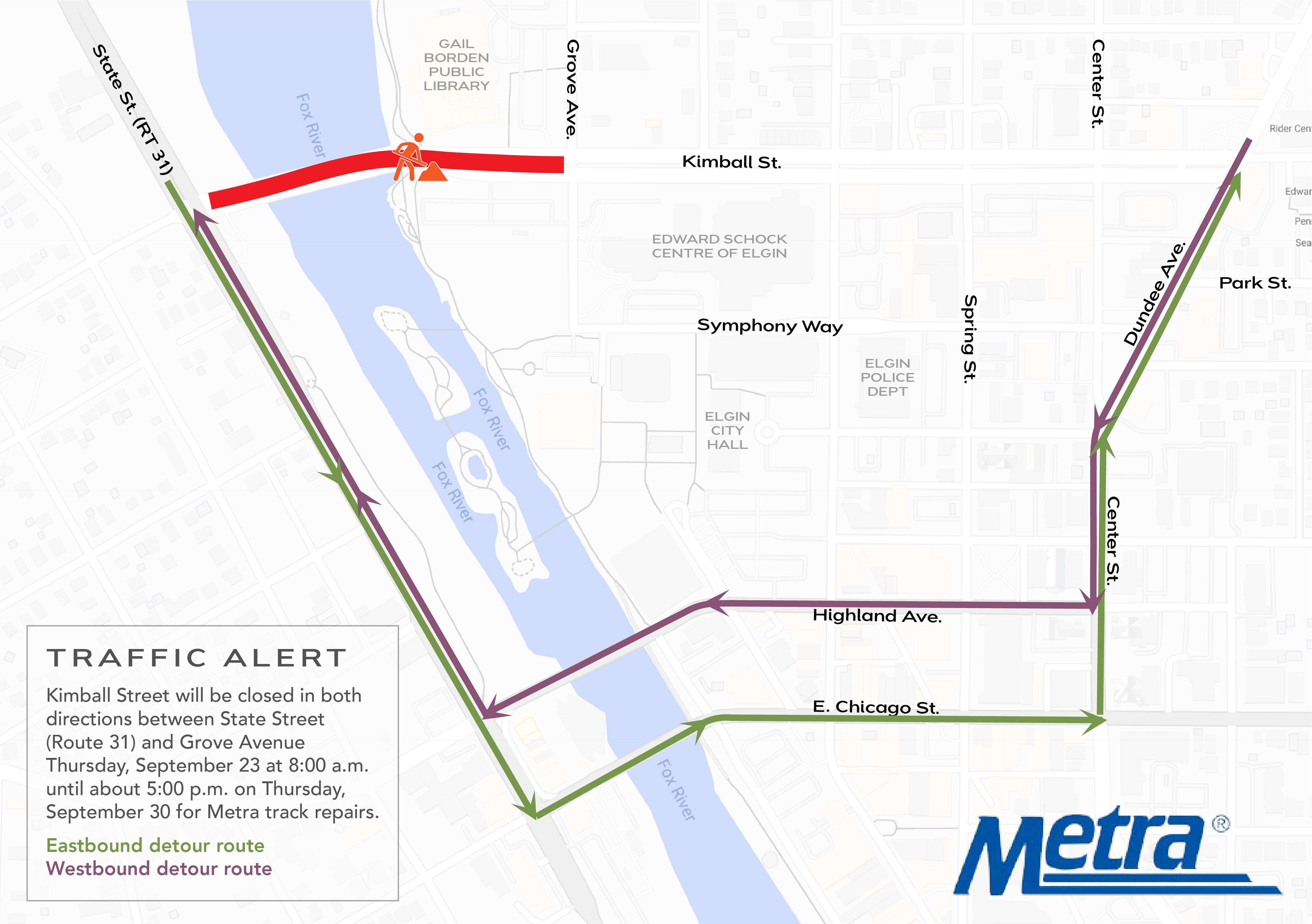 Find information on 2021 City of Elgin construction projects at cityofelgin.org/construction or by contacting 311 (847-931-6001 if outside Elgin). Follow @ElginRoadAlerts on Twitter for regular project updates.

Driving through Elgin’s going to get a lot more adventurous in coming weeks when work on Kimball and McLean closes traffic lanes https://t.co/R5GFrzFtG1 #ElginIL #TrafficAlert