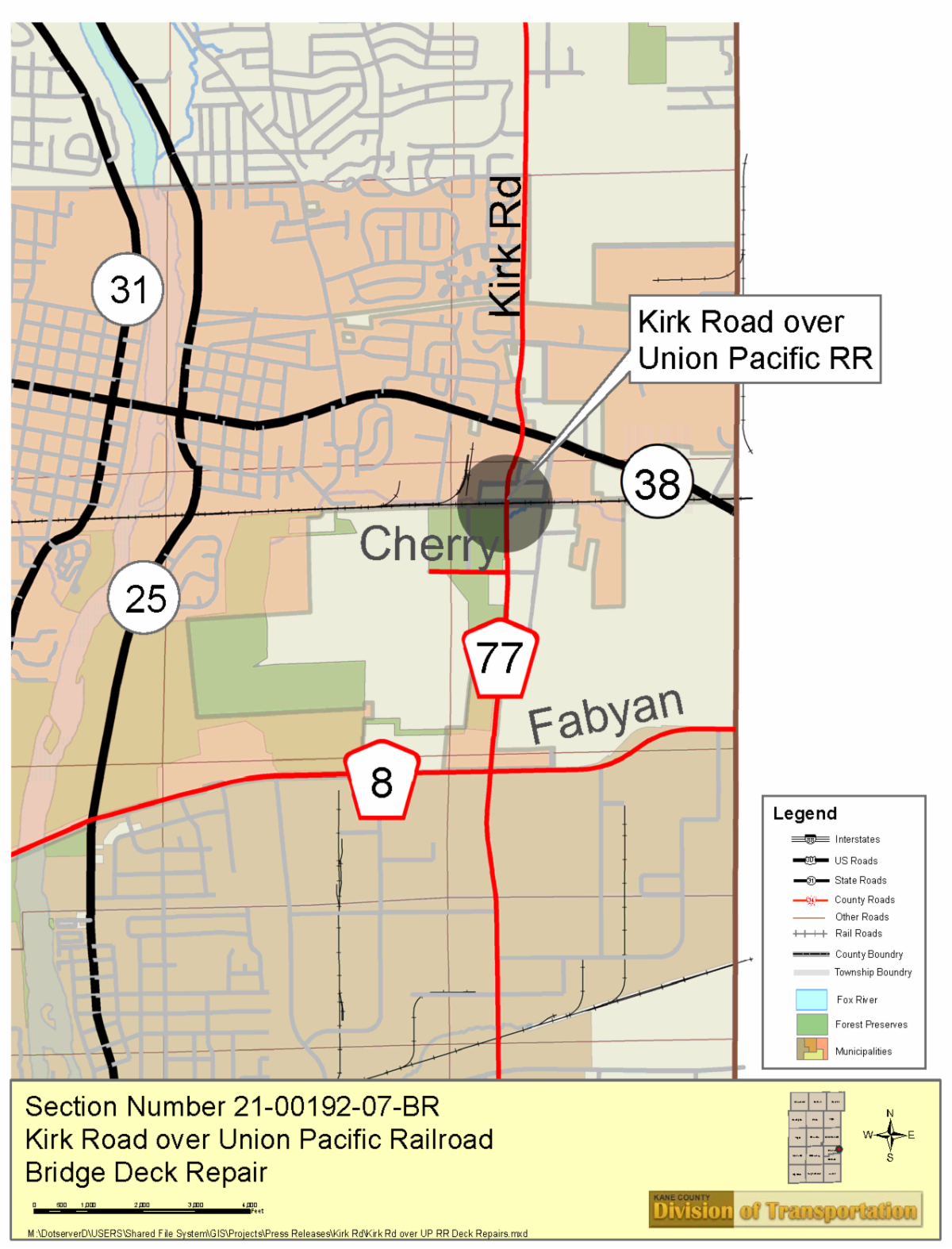 Heads up if you’re heading to a Kane County Cougars game from the north for the next couple months.

Bridge repair work is scheduled to begin the week of Aug. 9 on Kirk Road, just south of IL Route 38 in Geneva.

According to a news release from the Kane County Division of Transportation, one lane of Kirk Road northbound and southbound will be closed to traffic between Cherry Lane and IL Route 38 in order to safely and efficiently patch portions of the concrete bridge deck over the Union Pacific Railroad.

KDOT officials say the deck repairs will take about eight weeks to complete.

The improvements will include concrete pavement patching and bridge joint repairs. This improvement is intended to extend the life of the existing bridge structure until a bridge replacement project can occur.

All bicyclists and pedestrians are advised to avoid using the area during construction for the safety of both the workers and the residents. The above-mentioned road will remain open during these repairs, but will be reduced to one lane of travel.

Motorists are asked to reduce their speed, watch for construction workers and vehicles entering and leaving the site and obey flaggers and traffic control devices. It is illegal to talk or text on a cell phone while driving.