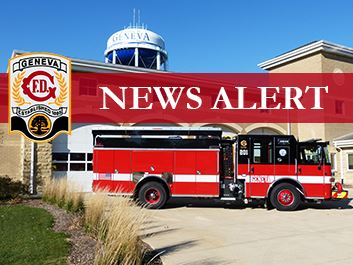 The city of Geneva is mourning the loss of former Fire Chief William “Bill” Rosenfelder, 86, who died Feb. 24.

Born in 1934, the lifelong Geneva resident graduated from Geneva High School in 1952. After college, Rosenfelder found his passion in being a medic serving at Fitzsimons Army Medical Center in Colorado.

Rosenfelder was the city’s last part-time fire chief when he retired in 1980.

Outside of the Geneva Fire Department, Rosenfelder worked for the family hardware business, which joined the Ace Hardware franchise in the 1950s. He also was committed to serving the Geneva community by volunteering and being elected to numerous boards and commissions. His full obituary can be found on the Malone Funeral Home website.

The city expresses its condolences to the Rosenfelder family and friends for their loss.