The Elgin Fire Department’s water rescue and recovery team is training with a new boat this week, and it will officially go into service at Fire Station 1 on Thursday, July 9.

“It is vital to have the most updated, modern equipment to give firefighters and civilians the best possible chance for a positive outcome in a water rescue,” said Elgin Fire Chief Robb Cagann.

The Elgin City Council approved funding for the remaining cost of the boat in March.

This Creature Craft® will greatly improve the safety of water rescue team personnel when tasked with performing dangerous rescue operations in the hazardous environment of a low head dam. It will also increase the probability of being able to perform a rescue of someone trapped in the dam. 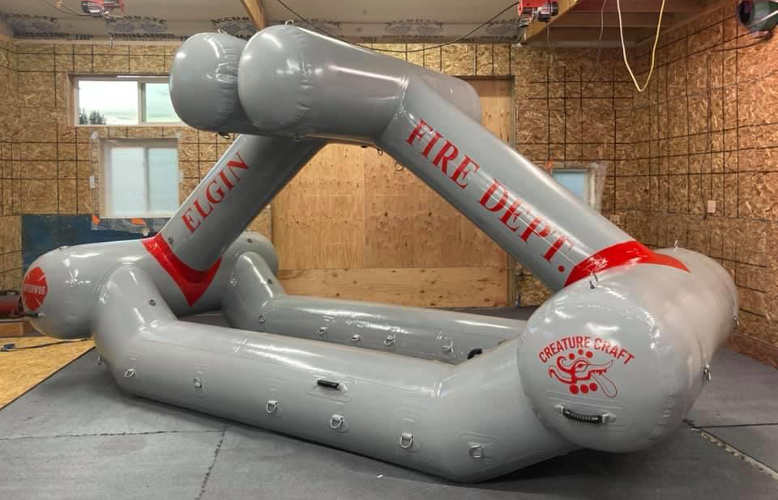 The city began acquiring emergency water crafts after two firefighters perished during a water rescue at the Kimball Street damn in 1974. This is the city’s third such purchase.

“I’m very grateful to Firehouse Subs for its contribution to this important piece of rescue equipment,” Cagann said. “I’m also thankful for city council’s support and our water rescue team’s work to identify the replacement need and grant opportunity.”

The Elgin Fire Department water rescue and recovery team will gain enhanced operational capabilities with the new craft. Since many jurisdictions do not have this type of specialized response watercraft, Elgin’s team is often requested in trainings and at incidents by neighboring communities in Kane and Cook counties, as well as by other communities within the state.

In recent years, Elgin’s team has responded to a water rescue and recovery incident at a dam in a community more than 90 miles away.