The Illinois Department of Transportation announced the State Street (IL Route 38) bridge spanning the Fox River in downtown Geneva will be resurfaced starting this spring.

The construction schedule, which was determined by the state and not the city of Geneva, calls for work to begin Monday, May 11 and be completed by the end of July, weather permitting.

Two lanes of traffic, one in each direction, will remain open throughout construction. The project will be done in two phases with work beginning in the outside lanes and then later shifting to the interior lanes. Signage and traffic control measures will be installed in advance of construction. 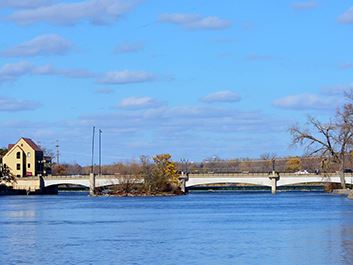 People can expect traffic delays and may want to consider alternate routes once construction gets under way. Drivers traveling through the work zone should use caution and allow extra time to reach their destination.

Construction is expected to generate loud noise and a minimal amount of dust. Side streets near the bridge will remain open, but vehicle access to some of the businesses located within the work zone may be impacted depending on the traffic lane pattern.