The Geneva Fire Department is investigating the cause of a machine fire that threw visible flames Thursday night inside an industrial building on the city’s far East Side. 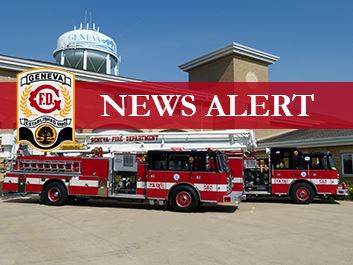 According to a city of Geneva news release, firefighters responded to a machine fire at 10:25 p.m. Nov. 7 at Industrial Hard Chrome, 501 Fluid Power Drive.

First-responders arrived at the business within four minutes and observed smoke coming from several open overhead doors on the building.

Firefighters also saw flames inside the building coming from a large machine, which is used for final buffing and polishing of chrome-plated metal products by the company, city officials said.

The fire, which was extinguished around 11:30 p.m., was confined to the machine and its dust collection system. There was no structural damage to the building or any of the other machines.

No one was injured in the fire.

The cause of the fire remains under investigation. No damage estimate is available at this time.

The Geneva Fire Department was assisted at the scene by the St. Charles, Batavia, West Chicago, and Elburn fire departments as well as the Geneva Police Department. The Fermi Lab and North Aurora fire departments provided coverage at Geneva’s stations during the incident.