The demolition process of the near century-old historic Masonic Temple in Aurora began Friday (Oct. 11, 2019).

The city of Aurora has contracted with Alpine Demolition of St. Charles and Aurora to complete the full removal of the building and restoration of the site and rights of way.

Destroyed by a catastrophic fire earlier this week, city officials said the Masonic Temple is structurally unsound and could present a danger to the immediate area or to thrill-seekers attempting to venture inside.

The building has been secured by temporary fencing and public safety personnel since the fire.

“Immediate deployment to the site was a top priority,” said Aurora Chief Development Officer John Curley. “For the safety of the neighborhood and contractors, our goal is to first make the structure safe as quickly as possible before the process begins to remove the structure.”

The initial phase of the demolition process commenced early this morning with the arrival of Alpine staff and construction equipment. Simultaneously, an environmental consultant was also deployed to place air sampling monitors on the site for the protection of those working on the project.

“As a result of this incident, citizens have been concerned with potential health hazards,” said Aurora Fire Chief Gary Krienitz. “There are no health or safety concerns threatening the public. Any potential hazards are confined to the building.”

While the majority of the building will be razed, the city has opted to salvage the four large west-facing columns at the building’s main entrance and the cornerstone of the building, which is presumed to contain a time capsule, for historic purposes.

After further review, officials said the historic district home immediately east of the Masonic Temple will not be demolished and can be retained by the owner.

Conditions permitting, the project is anticipated to be completed within 50 days at a total cost not to exceed $780,000. 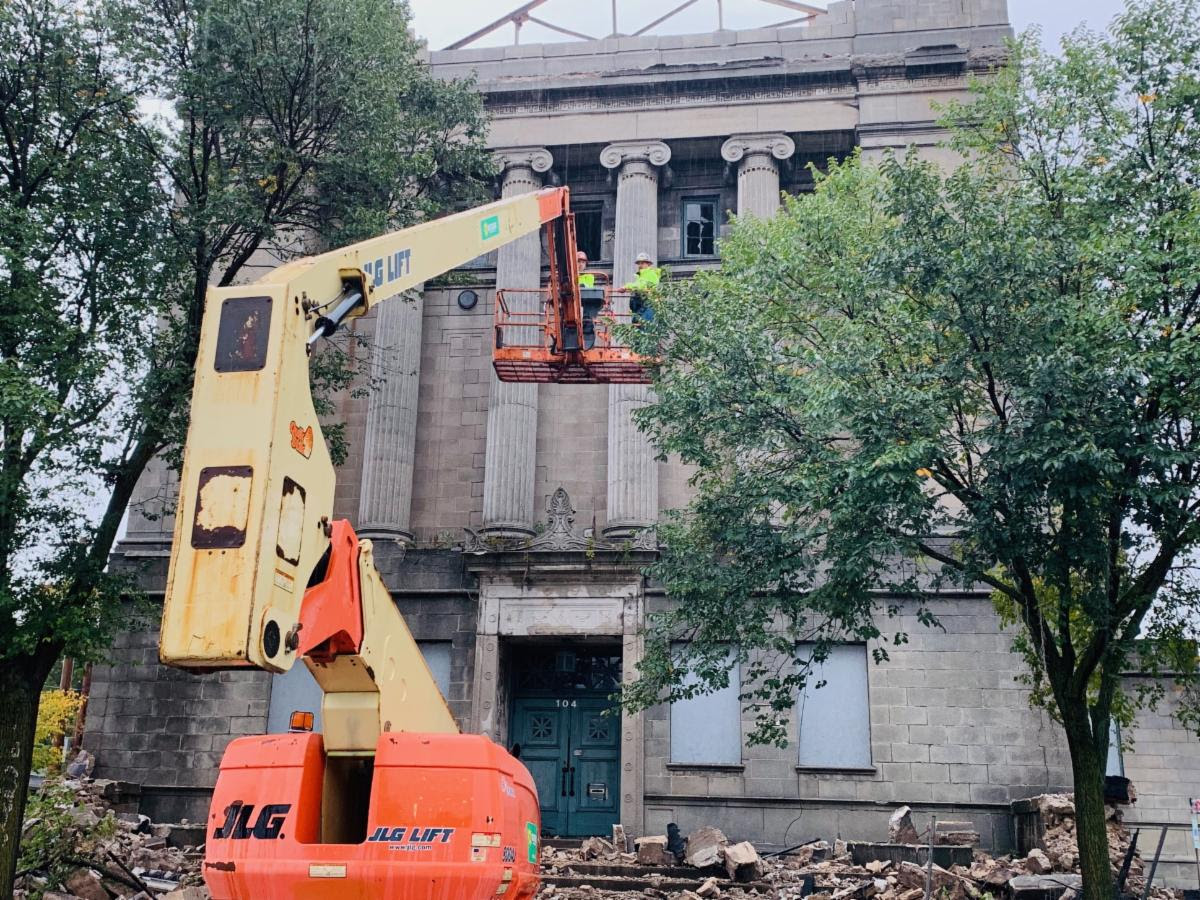 FEATURE PHOTO CAPTION: Construction workers prepare to inspect the four columns at the main entrance of the Masonic Temple that will be removed and salvaged for historic purposes during the process. (CREDIT: city of Aurora)