A 73-year-old Aurora man was seriously injured Aug. 22 in a hit-and-run car crash when he was attempting to cross West State Street (IL Route 38) as a pedestrian. 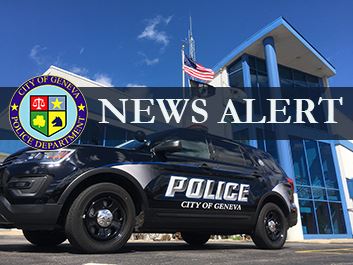 According to a city of Geneva report, witnesses said the man was walking across the road around 8:50 p.m. in the 400 block of West State Street in downtown Geneva.

Geneva police and fire personnel were dispatched at 8:52 p.m. for an accident involving a pedestrian. First-responders found the man unconscious in the roadway and immediately began administering first aid procedures.

The man was transported to Northwestern Medicine Delnor Hospital in Geneva and was later airlifted to Advocate Good Samaritan Hospital in Downers Grove for further medical treatment.

The make and model of the SUV have not been identified at this time. Some witnesses described the vehicle as possibly being a light-colored Cadillac Escalade. The accident remains under investigation by the Geneva Police Department and the Kane County Accident Reconstruction Team.

The Geneva Police Department is requesting anyone with information about this traffic crash to call the department’s Investigations Division at 630-232-4736.