The city of Elgin last week announced the appointments of Ana Lalley as Elgin‘s next police chief, and Al Young to the position of deputy chief.

The promotions will go in effect in August following Interim Chief Bill Wolf‘s retirement. Wolf took the interim post in June, after longtime Chief Jeff Swoboda retired after 26 years with the Elgin Police Department and moved on to serve as the chief of police in Fort Collins, CO.

Following Lalley and Young’s appointments, promotions will occur for the positions of commander, lieutenant and sergeant, city officials said in a news release.

All promotions and Wolf’s retirement will be recognized at a public ceremony scheduled for 3 p.m. Tuesday, July 17, in the Heritage Ballroom at The Centre of Elgin, located at 100 Symphony Way.

“The process for filling the police chief and attendant leadership positions draws from the diverse backgrounds, skills and perspectives of police officers in which the organization and residents have invested for decades,” said Elgin City Manager Rick Kozal. “The talent runs deep through the ranks, and these promotions embody the police officers’ investment in development, training and their commitment to the community.”

Ana Lalley brings more than 22 years of law enforcement experience to the position of police chief, and provides the innovative leadership and depth of knowledge both the organization and community expect from its police department. 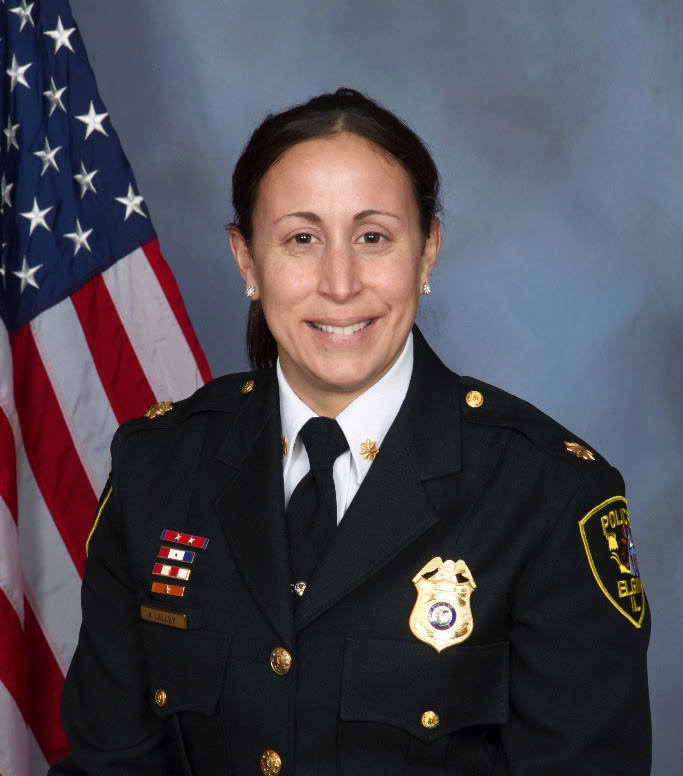 Her current role is that of acting deputy chief, and she had served as a commander since 2012.

Beginning her career in Elgin in 1996 as a patrol officer, Lalley climbed the ranks to a detective in the narcotics unit in 2001, sergeant in 2007 including oversight of the major investigations division, and lieutenant in 2010.

Lalley’s extensive resume includes accomplishments managing projects such as the body worn camera program, the Real Time Information Center, the drone program, and several community engagement initiatives including Coffee with a Cop and Not in Our Town film series.

City Manager Rick Kozal said Lalley has demonstrated a remarkable ability to provide vision and leadership in the Police Department.

“With every new challenge, she continues to exude an unbridled determination to push the department to even greater accomplishment,” Kozal said. “I am confident that Ana will continue to lead the police department to further excellence that distinguishes Elgin from the rest.”

Lally thanked Kozal and the City Council for their confidence.

“I have lived and worked in the city of Elgin for over 22 years, and as a community member I have a personal interest in continuing to make the Police Department one of the most innovative and progressive departments in the country,” she said. “I embrace the challenges ahead of me and know that I have a police department that is comprised of tremendous people who are dedicated and committed and an amazing community to work together with.

“I’m humbled by the organization that I have been selected to lead, and will work to continue the momentum of our community engagement efforts and our philosophy of being leaders in our profession.”

Lalley is a graduate of the Police Executive Research Forum’s Senior Management Institute for Police and Northwestern University Center for Public Safety’s School of Police Staff and Command. Over the past 10 years, Lalley has taught various classes in Criminal Justice at Elgin Community College.

Hired to the Elgin Police Department in 1991, Al Young brings more than 27 years of experience in law enforcement to the role of deputy chief. 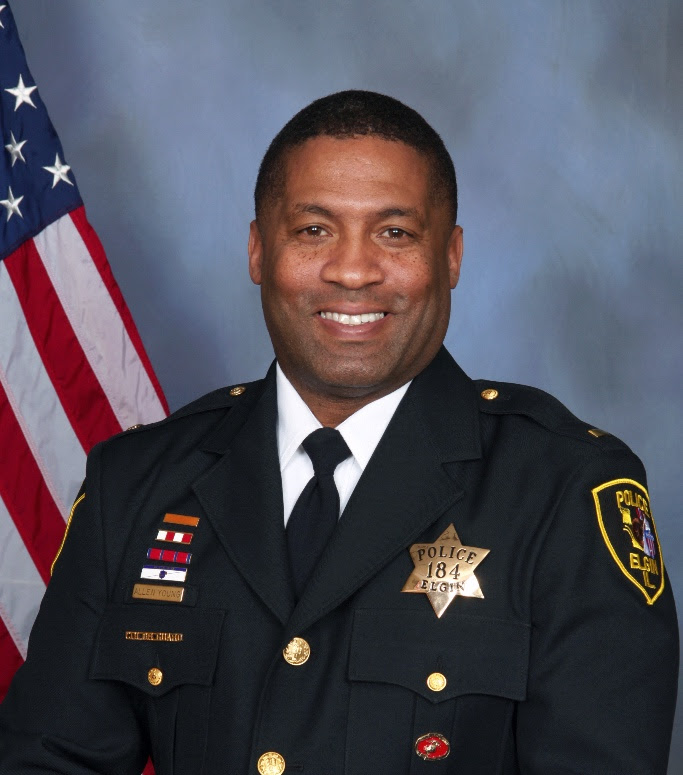 Serving as a commander during the last two years, Young has overseen the investigations and administrations divisions, playing a crucial role in new initiatives such as RAVE Alert and Smart 911 that connects residents directly to critical alerts and updates from the Elgin Police Department.

Early in his career, Young worked various shifts in the patrol division, was a detective in the Major Investigations, Narcotics and Juvenile divisions, and also held roles as a school resource officer, resident officer, SWAT member and Honor Guard member.

He holds a bachelors of science in criminal justice from Columbia College. Prior to joining the Elgin Police Department, Young served seven years with the United States Marine Corps, including a deployment to the Gulf War in 1990.

“Young’s knowledge and experience with the department and with the community make him the obvious candidate for the deputy chief position,” Kozal said. “His extensive investment in Elgin has been demonstrated countless times as he works to strengthen foundations in the community and empower employees to feel heard and bring ideas forward.”

Young said he’s very excited and humbled to be able to serve as the deputy chief.

“The confidence the city manager and all of the council members have shown in my abilities means a great deal to me,” he said. “I would also like to thank the officers I have worked with for the past 27 years that have molded me and made me the officer that I have become.

“I would also like to thank the community for the support given to me over the years. I look forward to continuing to make the Elgin Police Department one of the best in the nation.”