Geneva residents will save money and see several new service enhancements as the city transitions its refuse program to Lakeshore Recycling Systems as part of a five-year contract effective in July, according to a city of Geneva news release.

The service will drop residents’ sticker price to $2.60 and include some new recycling services, including food-scrap recycling and curbside electronics recycling.

Televisions and monitors will be recyclable at curbside for the $2.60 sticker price. 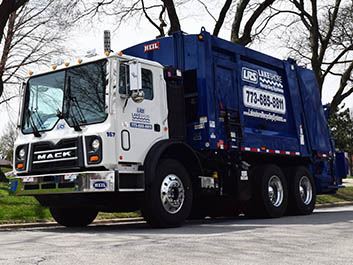 Residents will still have the option to “pay-as-you-throw” using one refuse sticker per bag/32-gallon can or can opt for a garbage cart that carries a monthly fee. Garbage pickup will remain on the same Thursday-Friday schedule, although Lakeshore Recycling’s first collection will take place one day later than normal due to the Independence Day holiday.

Full program details about garbage, recycling and more can be found on the city’s website, including a transition page on what residents can expect in the coming weeks.

Residents who have questions also can contact Lakeshore’s customer service department by calling 630-581-8650 or emailing geneva@LRSrecycles.com.

All homes serviced by the Lakeshore contract will be receiving a free 65-gallon recycling cart the week of June 18. A flyer will be attached to the cart highlighting some of the new services that will begin in July.

A list of participating stores has been posted on the city’s website. Lakeshore also will be honoring the yellow Advanced Disposal stickers through the end of July.

Residents who currently are using a garbage cart with Advanced Disposal will be receiving the same-size model from Lakeshore.

People desiring a new cart size can do so for free  by contacting Lakeshore’s customer service department prior to Friday, Aug. 31. Garbage and recycling carts may not necessarily be delivered on the same day.

Beginning in July, prices for both stickers (which will now be $2.60) and monthly subscription cart fees will be lower than they were in 2013. The cost of 20-gallon bags also will be dropping by 21 cents per bag. Full pricing for the duration of the Lakeshore contract is available on the city’s website.

Besides seeing lower prices, Lakeshore will be offering several new programs and services to the community. Highlights include:

Full information about all those programs, and other refuse services that are not changing, can be found on the City’s website.

People can purchase Advanced stickers at City Hall and the Finance Division.

Advanced Disposal has not announced plans to collect their recycling and garbage carts, so residents may have carts from both companies for a temporary period of time.