The Aurora community is morning the passing of Arthur A. Velasquez, 83, of North Aurora, who died Saturday, Jan. 27, 2018, at Presence Mercy Medical Center.

Velasquez was “an advocate for the community, a champion for our youth and a soldier in the fight for equality for the Latino community,” Aurora Mayor Richard Irvin said in a city news release.

Velasquez was a member of the United Brotherhood of Carpenters and was president of the Aurora Chapter of League of United Latin American Citizens. He was very active in local politics and with the children’s education advocacy. 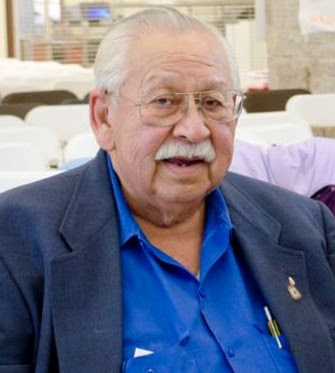 As an international representative for the United Brotherhood of Carpenters of America, his community work began in Aurora in the early 1970s, and it had ripple effects throughout the country for decades.

“As the longtime president of LULAC Council 5218, he was the visionary behind a movement that has changed the lives of thousands of Aurorans and helped to prepare the next generation of leaders,” Irvin said.

In 2015, Velasquez was named the grand marshal of Aurora’s Fiestas Patrias Parade.

“We remember him smiling with pride as he waved at the many supporters along the parade route. As they cheered for him, he was actually clapping and cheering even louder for them. That is the Art Velasquez that we know best — one who turned the spotlight on others even when it was meant for him,” Irvin said.

“Aurora lost a prominent voice with the passing of Mr. Art Velasquez. On behalf of the city of Aurora, it is with deep sadness that I extend condolences to his family, friends and colleagues.

He was preceded in death by his loving wife, Alice Velasquez in 1997; his son, Timothy Mark; his parents, Arthur and Olivia (Partida) Velasquez; and his sister, Dorothy Ann.