The city of Aurora and the Aurora Veterans Advisory Council will recognize the dedication of military service men and women who have given to our country at the annual Veterans Day Parade and Ceremony on Wednesday, November 11, 2015.

The parade will step off at 10:15 a.m. from the corner of Broadway and Benton Street, and will head north on Broadway, then west on Downer Place to the Grand Army of the Republic Memorial Hall, 23 E. Downer, where the “Honoring All Who Served” ceremony will take place. The ceremony will conclude with a military rifle salute at 11 a.m. 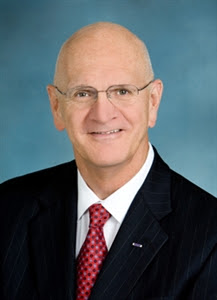 A leader both in the military and later in his civilian life, Lynn Lowder has dedicated himself to advocating for veterans’ issues.

In 1967, Lowder voluntarily enlisted in the U.S. Marine Corp and went on to serve as an infantry officer and JAG officer. A decorated combat veteran, he served as a team leader with 1st Force Reconnaissance Company (Special Operations) in Vietnam. His experiences in combat are profiled in such books as First Force Recon Company: Sunrise at Midnight by Dr. Bill Peters and Inside Force Recon: Recon Marines in Vietnam by Michael Lee Lanning and Ray William Stubbe.

Following his time in the Marine Corps, Lowder worked as a trial attorney and law firm executive. He is the past Director for Military and Veteran Services at the University of Central Missouri (UCM), where he was responsible for day-to-day support for veterans transitioning from combat zones to higher education, emphasizing classroom skills, mental wellness and job placement. Under his leadership, UCM was recognized as a leading veteran-supportive university by the Missouri National Guard and the Missouri Veterans Commission. His civilian accomplishments are profiled in the book Above and Beyond: Former Marines Conquer the Civilian World by Rudy Socha and Carolyn Darrow.

The parade and ceremony are free and open to the viewing public.  Parking will be available at any of the free City of Aurora parking lots throughout the downtown.

About the City of Aurora

Located 35 miles west of Chicago, Aurora is the second largest city in Illinois with a population of 200,456.  Aurora is known as the “City of Lights” because it was one of the first in the nation to illuminate its streets with electric lights.  Situated along the Fox River and the Ronald Reagan Memorial Tollway (Interstate 88), the city extends 46 square miles encompassing Kane, DuPage, Kendall and Will counties.  Aurora also is home to six public school districts and seven townships.  For the latest news, access to an archive of past news releases or to follow the city on Facebook or Twitter, visit the city’s website at www.aurora-il.org.